Bringing back the wolf 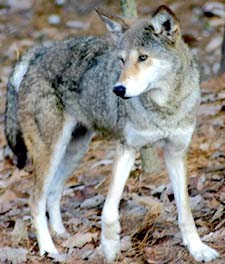 A couple of weeks ago Trailspace.com posted an article that discussed a recently published paper in which researchers concluded and proposed the reintroduction of wolves back into our national parks.

Here's a synopsis from the paper:

The absence of top-level predators in many natural areas in North America has resulted in overabundant ungulate populations, cascading negative impacts on plant communities, and the loss of biodiversity and ecosystem processes. Meanwhile, distinct population segments of the gray wolf (Canis lupus) have been removed from the list of endangered and threatened species, implying an end to wolf recovery and reintroductions.

We propose another paradigm for wolf conservation, one that emphasizes ecosystem recovery instead of wolf recovery. Improvements in technology, an enhanced understanding of the ecological role of wolves, lessons from other countries, and changing public attitudes provide a new context and opportunity for wolf conservation and ecosystem restoration. Under this new paradigm, small populations of wolves, even single packs, could be restored to relatively small natural areas for purposes of ecosystem restoration and stewardship. We acknowledge the complications and challenges involved in such an effort, but assert that the benefits could be substantial.

You can read the full article, as well as find links to the research paper by clicking here.

Doug Smith, project leader of Yellowstone's Wolf Project, says overall wolf numbers in the park, estimated currently at 96-98 animals, are down from highs that approached nearly 200 back in 2007, but he doesn't believe the decline will continue. The article delves into the reasons for the declines in more detail.

One final thought. A couple of weeks ago I found an article on The Smoky Mountain News that stated that between 100 and 120 red wolves — the only population of wild red wolves in the world — call North Carolina home. I thought this was an amazing statistic because I was not aware of any wolves living in the wild in the east.

looks quite a great post, it's having good information for research analysis. great job