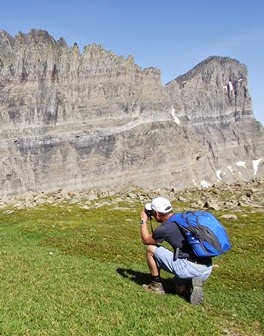 Imagine walking into the Cherokee National Forest and snapping a few photos of your favorite mountain, wildflower or bear. Then suppose, since your photos turned out to be pretty awesome, that you decide to post them on your blog. Or, perhaps you're an amateur photographer and you thought that maybe you could make a few bucks by selling a print of one of those photos at a local art fair. Now, imagine getting slapped with a $1000 fine from the U.S. Forest Service for failing to obtain a permit to take that photo! Getting that permit isn't exactly walk in the park, either. The U.S. Forest Service wants a $1500 fee to purchase that permit in the first place!

If the USFS gets its way, those scenarios could become fact.

Back in early September the agency in charge with overseeing our national forests proposed a new rule that has First Amendment advocates alarmed. In addition to the impact this would have on bloggers and amateur photographers, many are concerned that the vaguely-worded rule could apply to professional media as well. Gregg Leslie, legal defense director at the Reporters Committee for Freedom of the Press, recently told Oregon Live that, “It’s pretty clearly unconstitutional. They would have to show an important need to justify these limits, and they just can’t.”

U.S. Sen. Ron Wyden from Oregon weighed in with this statement: "The Forest Service needs to rethink any policy that subjects noncommercial photographs and recordings to a burdensome permitting process for something as simple as taking a picture with a cell phone. Especially where reporters and bloggers are concerned, this policy raises troubling questions about inappropriate government limits on activity clearly protected by the First Amendment."

Here's a summery of the rule as published on the Federal Register:


The Forest Service proposes to incorporate interim directive (ID) 2709.11-2013.1 into Forest Service Handbook (FSH) 2709.11, chapter 40 to make permanent guidance for the evaluation of proposals for still photography and commercial filming on National Forest System Lands. The proposed amendment would address the establishment of consistent national criteria to evaluate requests for special use permits on National Forest System (NFS) lands. Specifically, this policy provides the criteria used to evaluate request for special use permits related to still photography and commercial filming in congressionally designated wilderness areas. Public comment is invited and will be considered in the development of the final directive.

So what if this rule (and thinking) makes its way over to the National Park Service? More importantly, who owns our "public lands" anyway?

For more information, or more importantly, to voice your opinion, please visit the Federal Register website. The USFS will be accepting comments through November 3, 2014.

The summary consistently states that the amendment would apply to requests for "special use permits" related to still photography and commercial filming. Though this could be a First Amendment issue, and worth discussing, I don't see how it applies to the average hiker who takes photos and uploads them to his/her blog. I would be curious about what conditions would require a request for a "special use Permit."

Thanks for your reply. I, as well as many other bloggers, as well as U.S. Sen. Ron Wyden from Oregon, are concerned that the USFS may begin charging bloggers because they think we're profiting from the photos when our blogs are making a few dollars through Google Adsense, Amazon, etc. - no matter how little we're actually making. Moreover, this is a very slippery slope for other areas that no one is considering right now, but a future interpretation of the rule could allow. Not to mention the possibility of the NPS and other agencies running with this idea as well.