Blue Ridge Parkway officials announce the closure of a small section of motor road between existing gates at Milepost 420.3 near US Forest Service Road 816 (Black Balsam Road) and Milepost 423.3 at NC Highway 215. Both lanes of the motor road in that section will be closed to all visitors beginning November 3, 2014 through May 2015. 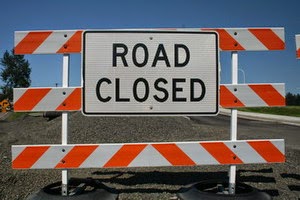 Devil's Courthouse Tunnel was originally constructed in 1941. This project will make repairs to the aging drainage system and concrete lining inside the tunnel. The work requires that portions of the overhead concrete lining be removed, creating potentially hazardous conditions for visitors that require a full road closure. The tunnel will be sealed and inaccessible to any traffic during this project.

The Blue Ridge Parkway is recognized internationally as an example of landscape design achievement and Parkway tunnels are a significant design feature along the historic route. Twenty-five of the twenty-six tunnels along the Parkway are in North Carolina, with all Parkway tunnels representing 36% of the entire National Park Service tunnel inventory. Tunnels along the Parkway were often constructed to reduce excessive scarring that open cuts would entail, enabling the Parkway to cross through ridges in the interest of maintaining the most desirable route location. The distinctive stone masonry portals on most Parkway tunnels were generally not part of the original construction, added later in the 1950s and 1960s.