Encompassing more than 265,000 acres, and with more than sixty peaks topping out above 12,000 feet, Rocky Mountain National Park is home to some of the most spectacular scenery on Earth. From wooded forests to alpine tundra, these majestic mountains provide habitat to more than 60 species of mammals, while more than 280 species of birds visit or reside within the park. With more than 350 miles of trails meandering throughout the park, Rocky Mountain is also widely recognized as a hiker’s paradise. Here’s why you should plan to visit Rocky sometime this year:

The Continental Divide
One of the best things about Rocky Mountain National Park is its accessibility to the high country. No other park in the country allows visitors to gain lofty elevations so easily. Roughly one-third of the park is above tree-line, and more than 60 peaks top out above 12,000 feet, including 14,259-foot Longs Peak, the highest peak in the park. In addition to trails like the Flattop Mountain Trail or the route to Mt. Ida, visitors can also drive over the Continental Divide along the highest continuous paved road in North America. With a maximum elevation of 12,183 feet, and more than eight miles traveling above 11,000 feet, Trail Ridge Road connects Estes Park with Grand Lake. The road also provides access to outstanding tundra hikes such as the Ute Trail, the Tundra Communities Trail and the Alpine Ridge Trail. 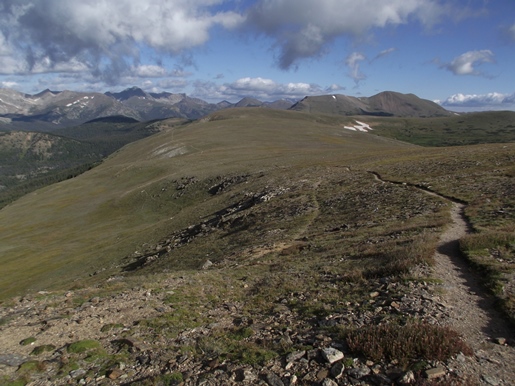 Wildflowers
Wet springs can bring exceptional wildflower blooming seasons in Rocky Mountain National Park. Even during normal years the park explodes with a variety of wildflowers. Some of the varieties visitors might enjoy include Alpine Clover, Rock Primrose, Western Wallflower, Sky Pilot and Alpine Sunflowers in the tundra areas of the park, as well as Mountain Iris, Lupine, Mariposa-lily and Colorado Columbines in the lower elevations. Some of best wildflower hikes include Big Meadows, Cascade Falls, Emerald Lake and the Lumpy Ridge Loop, among many others. 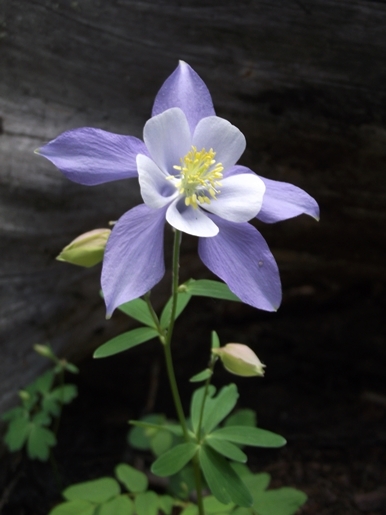 Longs Peak
At 14,259 feet, Longs Peak is the highest mountain in Rocky Mountain National Park. The iconic sentinel is seen from almost anywhere in the park, as well as from many locations around northern Colorado. It’s also one of most popular “fourteeners” for hikers and climbers to tackle in a state that boasts a total of 53 peaks above 14,000 feet. Although considered a mountaineering route, thousands of hikers attempt to summit the peak each summer using the famous Keyhole Route. Personally, I don’t want anything to do with the narrow ledges and steep cliffs along the upper portions of the route. I much prefer safer climbs such as Hallett Peak and the Chapin-Chiquita-Ypsilon Mountains route to cure my big mountain summit fever. 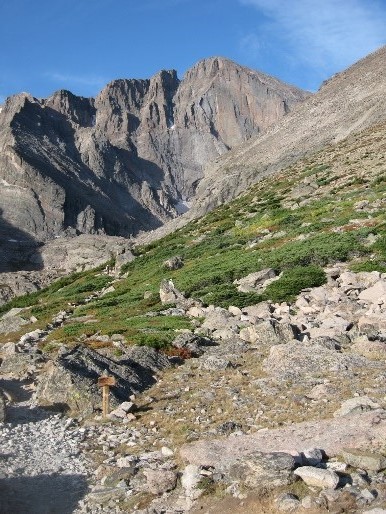 Elk Rut
The annual elk rut is one of the premier attractions in Rocky Mountain National Park. Each fall elk descend from the high country to the lower elevation meadows during the annual breeding season. During the rut, bull elk compete with one another for the right to breed with herds of females. Mature bulls compete for cows by bugling, posturing, displaying their antlers and herding, while occasionally fighting off young challengers. The peak season for the rut generally lasts from mid-September to mid-October in Rocky Mountain National Park. 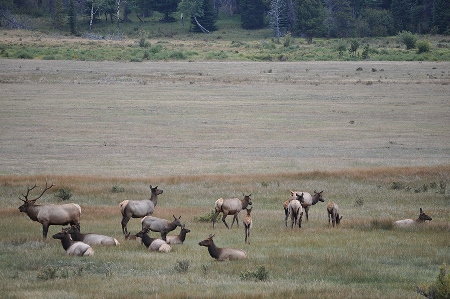 Fall Aspens
Just as the elk rut is kicking into high gear, another annual event that draws tourists to the park during the autumn are the brilliant fall colors of aspens. Each September the leaves of quacking aspens turn from green to orange and golden yellow throughout the park. Some of best hikes for viewing fall aspens include Bierstadt Lake, Alberta Falls, Cub Lake, Finch Lake, Adams Falls and Chasm Lake, among many others. 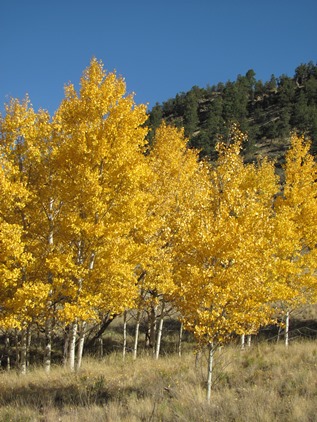 In addition to the hikes discussed above, Rocky Mountain National Park has many other outstanding hikes that take-in the best scenery the park has to offer. If you do plan to visit Rocky Mountain this year, please note that our hiking website also offers a wide variety of accommodation listings and other things to do to help with all your vacation planning.