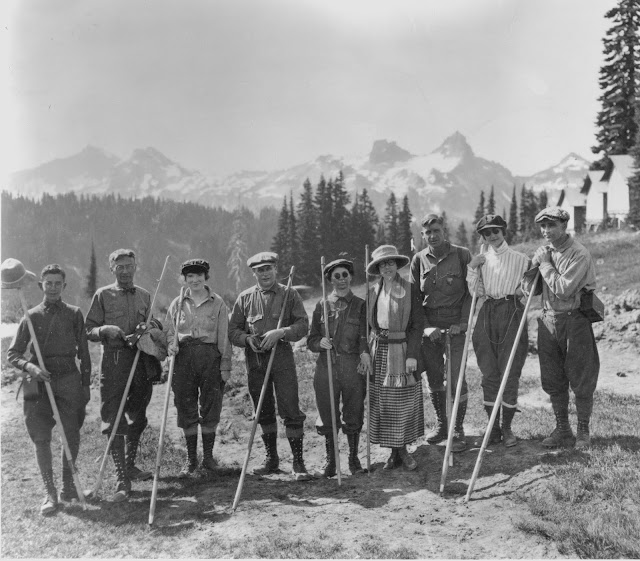 Most writers and historians have credited the Alpine Club of London as being the first mountaineering or “walking club” in the world, and the Alpine Club of Williamstown as being the first hiking club in America. The Alpine Club of London was formed in 1857, during the "Golden Age of Alpinism", for accomplished mountaineers who had successfully climbed a mountain higher than 13,000 feet. Six years later the Alpine Club of Williamstown was founded by Professor Albert Hopkins of Williams College in Massachusetts. Although not widely known, or even properly recognized, the Exploring Circle preceded both of those clubs by several years. The Exploring Circle was founded by Cyrus M. Tracey and three other men from Lynn, Massachusetts in 1850 in order to advance their knowledge of the natural sciences. Although it continued as a very small club, it remained active for more than 30 years. If you would like to learn more about the formation and the significant contributions of these clubs, and many other hiking clubs that formed between the Civil War and World War I, you can read about them in my new book, Ramble On: A History of Hiking, now available on Amazon: https://www.amazon.com/dp/1725036266/