A New Mexico man who allowed his dog to kill a fawn in southern Colorado has been charged with several wildlife crimes.

Michael Garcia, 36, of Las Cruces, N.M., has been charged with illegal possession of wildlife, allowing his dog to harass wildlife and unlawful manner of take of wildlife. He was issued a citation by a Colorado Parks & Wildlife wildlife officer on July 23. The fines for the offenses are $1,372.50 and an assessment of 20 license-suspension points. 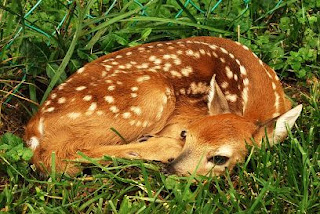 “This is a disturbing case; we’ve heard from many members of the public wanting CPW to investigate,” Basagoitia said. “Information that they’ve provided has been greatly helpful to CPW efforts.”

According to the officer’s report, the man was in an area near the Conejos River when his dog chased the fawn and killed it. Garcia posted photos of the dog and the dead fawn on social media. Someone saw the post, reported it to Operation Game Thief and CPW began to investigate.

Garcia was working as a fishing guide on the Conejos River. District Wildlife Officer Rod Ruybalid located him, conducted an interview and issued the citation.

In addition to the fines, Garcia will also be issued 20 license-suspension points, which means he must appear before a CPW suspension-hearing officer. This is a separate process that could result in the suspension of license privileges from one to five years. Only the Parks and Wildlife Commission has the authority to impose suspensions.

Wildlife crimes can be reported anonymously to Operation Game Thief at 877-265-6648. Those who report are eligible for a cash reward if the tip results in the issuance of a ticket or a conviction.

Chasing and killing wildlife is one of the reasons cited on most national park websites as to why they don't allow dogs on backcountry trails.