National Park Service Proposes Regulations Governing the Use of E-Bikes 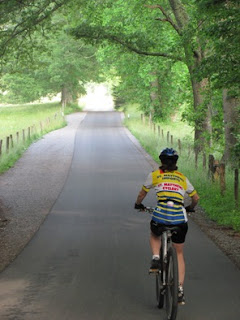 “From urban areas to natural landscapes, bicyclists flock to national parks to exercise and soak in the scenery,” said National Park Service Deputy Director David Vela. “Allowing the use of e-bikes expands opportunities, especially to those with disabilities or other limitations, to access and enjoy the great outdoors.”

Currently, more than 380 national parks have evaluated e-bike use in response to the NPS policy. As e-bikes become more popular both on and off National Park Service managed lands, the agency has recognized the need to address this emerging form of recreation and active transportation in its regulations. The proposed regulation would define the term “electric bicycle” and allow superintendents to provide for e-bike use.

Visitors could use e-bikes in areas designated by the park superintendent where traditional bicycles are allowed, including public roads, parking areas, administrative roads and trails. Superintendents retain the right to limit, restrict or impose conditions on bicycle use and e-bike use in order to ensure visitor safety and protect resources.

The regulation would support Secretary’s Order 3376, from Aug. 29, 2019, that directed bureaus, including the National Park Service, to create a clear and consistent e-bike policy on all federal lands managed by the Department. The rule would also support Secretary’s Order 3366, issued April 18, 2018, that directed bureaus to increase recreational opportunities on public lands.

E-bikes have small electric motors (less than 1hp) that help to move the bicycle. The regulations would state that the operator of an e-bike may only use the motor to assist pedal propulsion, except in locations open to public motor vehicle traffic. E-bikes, like traditional bikes, would not be allowed in designated wilderness areas.

After the proposed rule publishes, it can be found at www.regulations.gov by searching for “1024-AE61.” The public comment period will be open for 60 days.