America’s national parks continue to be popular destinations. Visitation to national parks in 2019 exceeded 300 million recreation visits for the fifth consecutive year. The 327.5 million total is the third highest since record keeping began in 1904.

“The numbers once again affirm that Americans and visitors from around the world love the natural, cultural and historic experience provided by our nation’s national parks,” said Secretary of the Interior David Bernhardt. 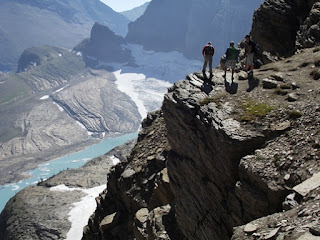 “The 419 parks in the national park system provide a vast array of opportunities for recreation and inspiration for visitors of all ages,” said National Park Service Deputy Director David Vela. “With at least one located in every state, national parks offer nearby history, culture and adventure.”

Under President Trump and Secretary Bernhardt’s leadership, the National Park Service continues to expand recreational opportunities and accessibility for park visitors. During the prior year two new national parks were designated: White Sands in New Mexico, and Indiana Dunes in Indiana. In 2018 Gateway Arch in St. Louis was also designated as a national park. These three parks combined reported almost 4.8 million visitors in 2019.

Additional highlights from the 2019 visitation report include:

* Recreation visitor hours have remained above 1.4 billion over the past four years.

* In the past five years there have been nearly two billion recreation visits to national parks.

* There were two longstanding records broken in 2019: Black Canyon of the Gunnison National Park, with 432,818 recreation visits, broke a record they set in 1976 and Capulin Volcano National Monument broke a 1968 record with 81,617 recreation visits in 2019.

* Golden Gate National Recreation Area remained the most-visited site in the National Park System ahead of the Blue Ridge Parkway.

* Yosemite National Park recovered from a drop in 2018 visitation attributed to wildland fires and moved past Yellowstone National Park for fifth place.

The Federal Lands Recreation Enhancement Act (FLREA) allows the NPS to collect and retain revenue and requires that fee revenue be used to enhance the visitor experience. At least 80 percent of the money stays in the park where it is collected, and the other 20 percent is used to benefit parks that do not collect fees. For information about your fee dollars at work, visit www.nps.gov/aboutus/fees-at-work.htm.

Last year national park visitor spending contributed more than $40 billion to the U.S. economy. The 2019 report on the economic benefits from visitor spending is expected later this spring.