Nearly the entire length of the four-mile (one-way) hike passes through open country, offering sweeping views of the surrounding wilderness as far as the eye can see. With many rocky outcroppings and sweeping panoramic views, at times it feels more like hiking out west rather than the Appalachian Mountains.

The summit of Mount Rogers also happens to be the highest point in Virginia. While a handful of peaks in the Appalachians are higher, Mount Rogers lays claim to being the highest state highpoint, east of South Dakota, that doesn’t have a road to its summit.

My wife and I had the pleasure of hiking to Mt. Rogers 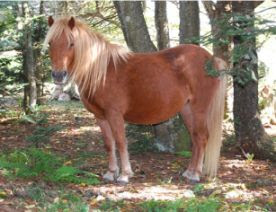 on two recent occasions. Both times we started our hike from Massie Gap in Grayson Highlands State Park, which borders the Mount Rogers National Recreation Area in Jefferson National Forest.

To reach the summit from Massie Gap (elevation 4650 feet) we took the Rhododendron Trail. At first the trail leads across a field and then follows an old wagon road over a hillside. On both of our hikes it was in this area that we first began to see some of the wild ponies for which this area is famous for. In addition to mechanical clearing with chainsaws, grazing cattle, and use of carefully controlled fires, the US Forest Service uses the ponies to help keep the popular balds open. 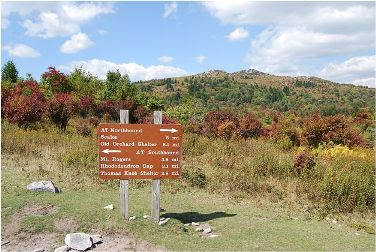 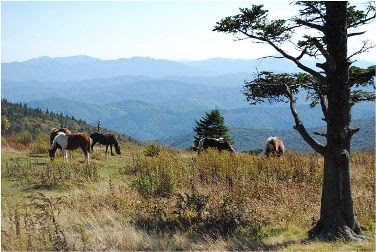 After about a half-mile we turned onto the Appalachian Trail, which led us up the rugged, rocky outcrops of Wilburn Ridge before passing through Rhododendron Gap. From Rhododendron Gap, it's an easy 1.5-mile hike to the short spur trail to the summit, located just past the Thomas Knob Shelter. This section of trail is just spectacular. The best views and the most beautiful scenery are located along this section of the hike. 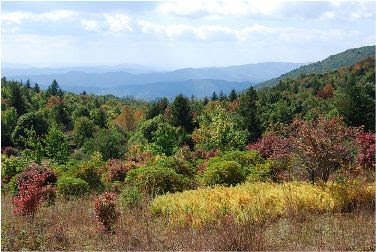 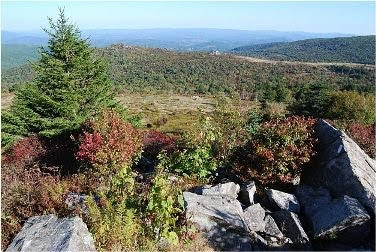 Upon turning onto the half-mile spur trail that leads to the summit, we finally reached the tree-line. Unlike most mountains, the forest in this area of the highlands still claims the highest elevations. The 5729-foot summit of Mount Rogers is covered by a thick spruce-fir forest, which means that you won’t have any views at the summit, and is the only place on the entire route where you'll walk amongst trees. 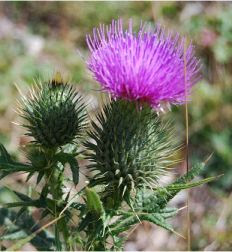 The first time we visited the Mount Rogers area we stayed in Abingdon, about 32 miles west of the park. For anyone who likes history, this is great place to spend a day or two. I also highly recommend having dinner at The Tavern. Built in 1779, it’s the oldest building in town and has played host to notable guests such as Andrew Jackson and King Louis-Phillipe of France.

The following year we stayed in Damascus, which is a little closer to the park. Traversed by the Appalachian Trail, the Virginia Creeper Trail, the Trans-America National Bicycle Trail, the Iron Mountain Trail, and others, Damascus is known appropriately as Trail Town, USA. Additionally, the town holds a big festival each May, known as Trail Days. It attracts over 15,000 people - mostly hikers - in just one weekend. That number is quite remarkable when you consider that there are only about 1000 people that actually live in the town.

Jeff
HikingintheSmokys.com
Posted by The Smoky Mountain Hiker at 7:49 AM

Sounds like a great hike. Putting this on my to-do list! Maybe even couple it with a day riding the Creeper. Thanks for the info.