During our tour of the southwest this past September, my wife and I visited the three National Monuments that surround Flagstaff, Arizona. About an hour north of town, located in the Coconino National Forest, is Sunset Crater and Wupatki National Monument, which are in close proximity to each other, and are usually visited together.

Our first destination during this leg of the trip was to hike the one-mile Lava Flow Trail at Sunset Crater. All of the mountains in northern Arizona, known as the San Francisco Peaks, are dormant volcanoes and cinder cones. The result is a very unique landscape, which in some places reminds you of something you would see on the moon. Sunset Crater (below) is one the larger cinder cone volcanoes in the area. One of the significant features of this 1000-foot high cone is that the rim area lights up with a reddish glow during sun sets. 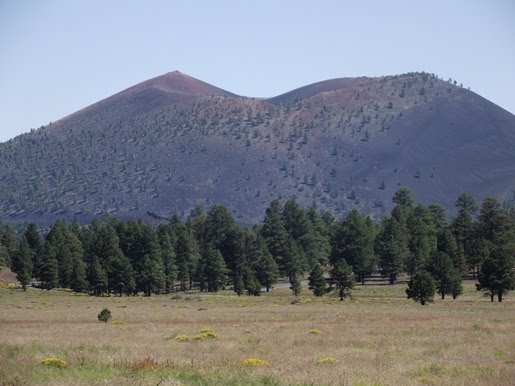 The Lava Flow Trail doesn’t climb atop, or even on Sunset Crater, but it does explore a variety of interesting volcanic formations near its base: 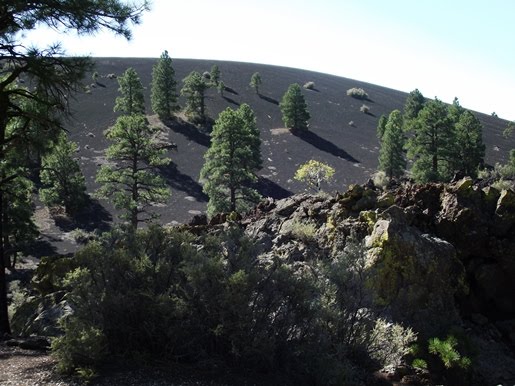 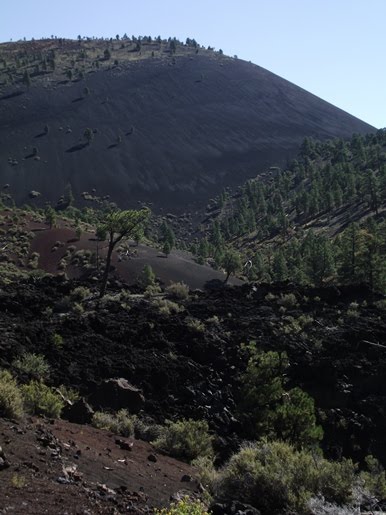 From the volcano we drove north on the Loop Road to visit the Wukoki Pueblo. These ruins were once the home of families from the Kayenta Anasazi culture, who built the Wukoki (a modern Hopi word for “Big House”) in the early 1100s, and were occupied for nearly a century. In 1896, archeologist Jesse Walter Fewkes is quoted as saying that Wukoki “is one of the most impressive masses of aboriginal masonry…. It is visible for many miles, and from a distance resembles an old castle as it looms… above the plain.” 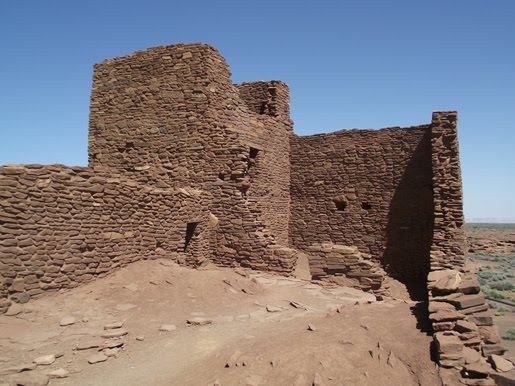 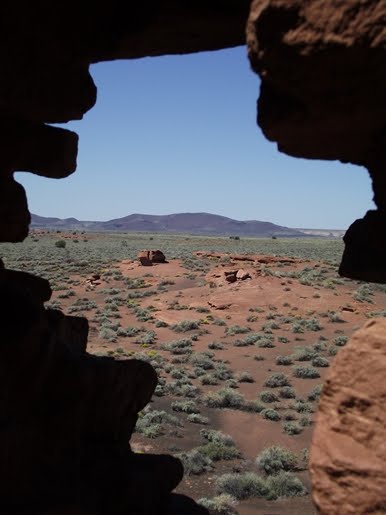 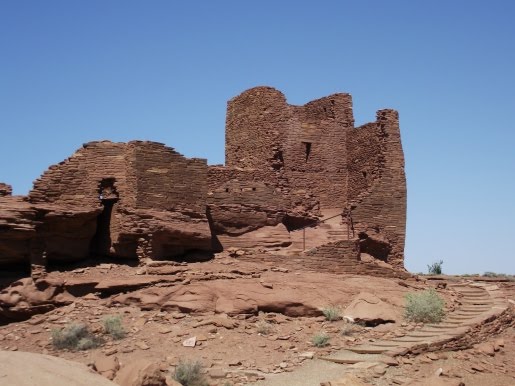 From Wukoki it’s a short drive over to the Wupatki Pueblo. The centerpiece of the Wupatki National Monument is a four story stone apartment house that was also built roughly 900 years ago. It’s estimated that by 1182 roughly 85 to 100 people lived at Wupatki, the largest building for at least fifty miles around. The complex featured a 100-room pueblo, a community room and a ball court. Within a day's walk, it’s estimated that a population of several thousand people surrounded Wupatki: 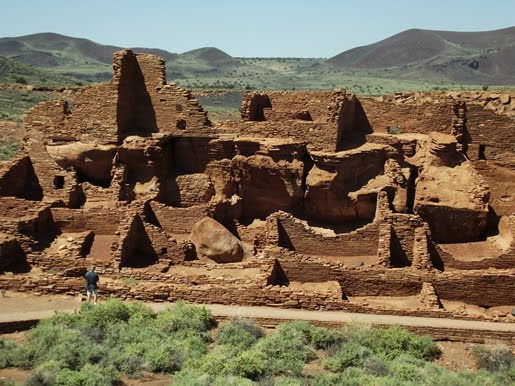 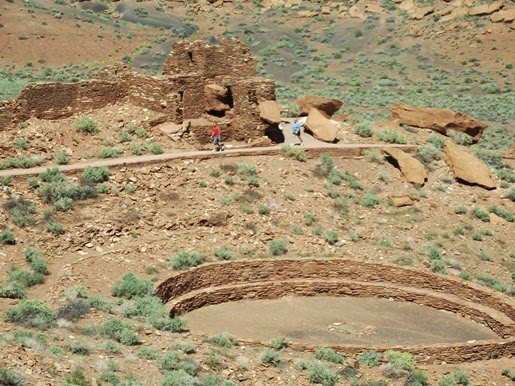 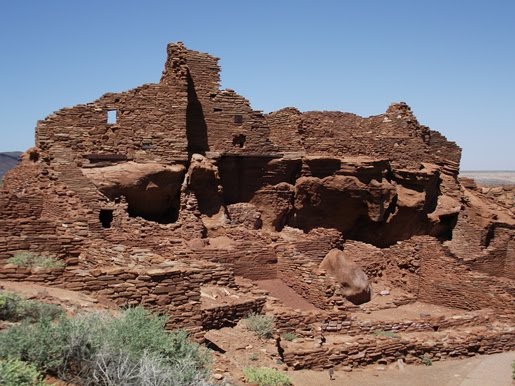 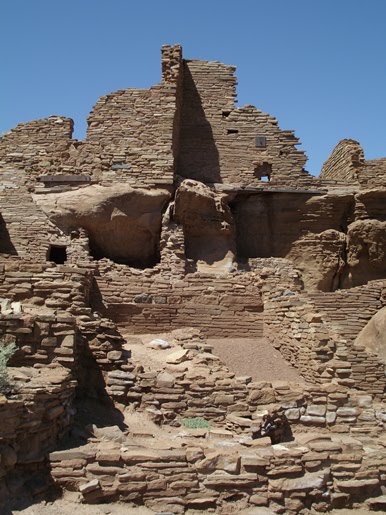 Jeff
Hiking in the Smokies
Posted by The Smoky Mountain Hiker at 6:30 AM