Department of the Interior Announces 2013 "Share the Experience" Photo Contest

The Department of the Interior has announced the start of the 2013 "Share the Experience" contest, giving amateur photographers the chance to join the ranks of Ansel Adams, Thomas Moran, and others who have found recognition for their photographs of the nation's public lands. 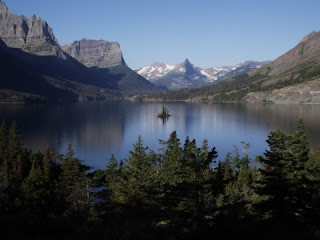 The winning photograph will appear on the 2015 America the Beautiful pass for entrance to 2,000 federal recreation sites, including national parks, national wildlife refuges, and national forests. All entries have the chance to be featured on the Interior Department’s popular Twitter, Instagram and Facebook accounts.

Prizes provided by the National Park Foundation, Active Network, Air Wick and Historic Hotels of America include a $15,000 cash prize, a Columbia backpack, a pass to the national parks and other federal lands, and other items for the grand prize winner. Second and third place winners, as well as 7 Honorable Mention winners, will also receive prizes.

The "Share the Experience" begins May 10, 2013 and runs through December 31, 2013. Amateur photographers can participate by uploading photos on www.sharetheexperience.org.

To view the 2012 contest winners as wells as the contest rules and a complete list of prizes, please see www.sharetheexperience.org.


Jeff
HikingintheSmokys.com
Posted by The Smoky Mountain Hiker at 8:00 AM

Email ThisBlogThis!Share to TwitterShare to FacebookShare to Pinterest
Labels: America the Beautiful, Department of the Interior, park pass, Photo Contest, Share the Experience