Should cameras be installed on popular hiking trails?

Should cameras be installed on popular hiking trails? According to North Shore Rescue in British Columbia, Canada, the answer to that question is yes. 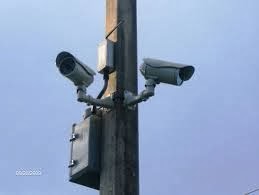 North Shore Rescue spokesman Tim Jones told CBC News that once a search and rescue is activated, crews will be able to review film footage to get a better idea on where to look when a hiker goes missing. He makes this argument in light of the $40,000 in air time, and 1600 hours that his team put into searching for a 22-year-old man that went missing in the North Shore Mountains last November 25th. Had there been video surveillance footage, rescuers believe they could've narrowed their search for the man.

I'm not sure what the conditions were like the day Tom Billings went missing, but I do know that rescuers had to deal with snow and cold during their 7 or 8-week search. What if Tom wore a balaclava? Or what if he was wearing a ski hat and sunglasses? Would rescuers have been able to identify him on film footage?

For me, the question comes down to the issue of privacy. More and more, cameras are creeping into our everyday lives. How far are we willing to allow cameras to intrude into our lives - in the name of safety and security? By using the line of reasoning I've heard for more cameras and more security, you could make the argument that we should be installing cameras in our homes so authorities can make sure were not abusing our spouses or children.

One of the commentors on the story cynically stated:


"Why not make everyone who might possibly go off hiking in the wilderness take a course (Hiking 101), then take a test, much like a driving test, and issue them a Hiking Licence once they've passed the test? Sure, it sounds ridiculous, but not as ridiculous as installing surveillance cameras on hiking trails, IMHO."


"Why don't they make everyone have a GPS chip implanted in them so the police . . . i mean SAR can find them easier."

On the other hand, this commentor presented this viewpoint:


"Every time you walk into a convenience store, gas bar or any make and manner of business and most probably even your own employment you subject yourself to being captured on video yet you still enter so what's all the yippin' about."

So what are your thoughts? How do you feel about surveillance cameras at trailheads? Would we also have to install them at all trail junctions as well, so that potential searchers will know which direction hikers have turned? Perhaps more importantly, is the idea of getting away from it all slowly becoming an illusion?

Thanks to Jeff Clark at Meanderthals for giving me a heads-up on this story.

Here's a perspective not voiced yet... Half the reason people go into the wilderness is to get away from all the technology that pervades out lives. Regardless of the privacy and safety issues, the cameras will mar the aesthetic. Further, it's likely it'll actually add to overall costs since aircraft will be used in SAR with or without video to narrow the search.

I go to the mountains to get away & have down time. not to be watched by big brother if you have cell phone you can be found. gps.