Below is a short video from the Dan Traveling Series showing possibly some of the last footage ever shot of the historic Wonderland Hotel. Located in the Elkmont community in Great Smoky Mountains National Park, the hotel served as a retreat for members of the Wonderland Club for 80 years before the National Park Service forced its closure, and ultimately having it razed in 2005.

The hotel was built on land formerly owned by the Little River Railroad Company, and was located just north of Elkmont. As the area became "logged out", Little River Railroad Company President Colonel W.B. Townsend began to recognize the benefits of tourism to the area. To capitalize on this budding industry, Townsend sold a 50-acre tract of cut-over land to Charles B. Carter in 1911, with the stipulation that he had to build on the land within a year. Carter immediately formed the Wonderland Club Company, and on June 11, 1912 opened the doors to the Wonderland Hotel. The hotel would remain open to the public for seven years before closing it to club members and their guests only. 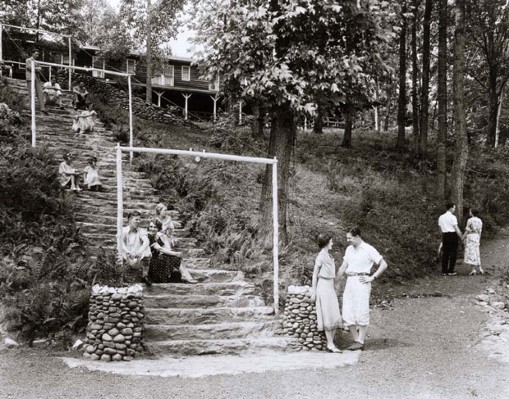 The Wonderland Hotel was constructed as a two-story wood frame structure with boards cut from local chestnut trees. It featured a wrap around porch, and contained 26 rooms, none of which were the same. The hotel became a hub of outdoor activities during the daytime, which included fishing, horseback riding, swimming and hiking, while bands from Knoxville entertained guests on weekend nights.

Due to the popularity of the hotel, the club decided to construct an annex in 1920 to provide their members with more privacy. This building contained another 24 guest rooms, a common area, and a screened porch. 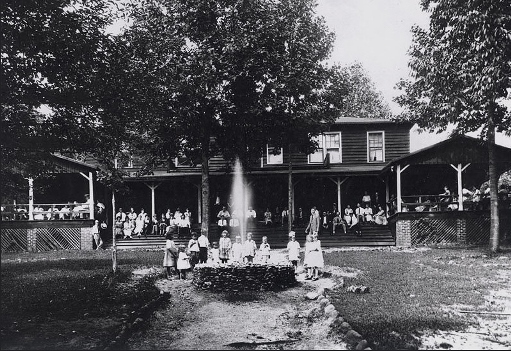 On November 15, 1992 the Wonderland Hotel closed its doors for good. Three years later it was partially burned under suspicious circumstances. Some people suspect the fire was set by National Park Service employees as a means to remove the building. In 2005 the remnants of the hotel began to collapse, thus forcing the National Park Service to award a contract to begin the careful demolition of the standing portions of the building. Historically significant artifacts such as doors, windows and bathtubs were set aside for permanent preservation. In a somewhat ironic twist of fate, the annex hotel also burned down 11 years later.

Hikers can still see many of the vacation homes and cottages that remain and have been included as part of the preservation of the Elkmont historic district. Trails such as the Little River Trail and the Jakes Creek Trail feature several homes from this bygone era in the Smokies.

For more information on the efforts to preserve and restore the historic Elkmont community in the Great Smoky Mountains, please click here.