As mentioned last week, my wife and I recently made are first foray into the Cataloochee Valley on the far eastern end of the Great Smoky Mountains. If you've never been there, it might be because it's a little difficult getting to. For one, not being near any of the major tourists centers, Cataloochee is in a fairly isolated location. Secondly, you have to drive at least 3 miles (9 if coming from Big Creek) on a winding, dirt/gravel road. Although it's a little rough with washboard in places, it's still passable for two-wheeled passenger cars if you take it easy.

There are a lot of similarities between Cataloochee and Cades Cove. The most striking similarity are the large grassy meadows: 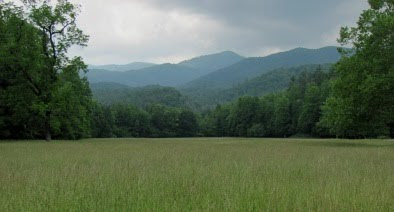 Another similarity between the two areas of the Park are the historical structures, such as the Palmer Chapel: 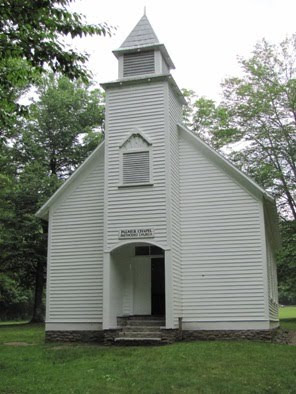 ..... or the Caldwell House, built in 1906 by Hiram Caldwell, a descendant of the first settlers in Cataloochee who came to the valley in 1834: 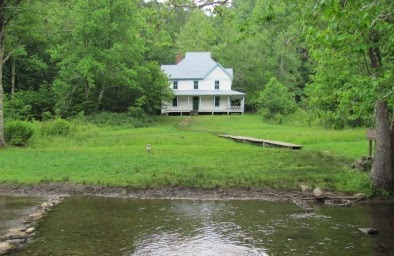 Cataloochee is also home to some of the largest trees in the Park. According to the Volume 2 #1 issue of Smokies Life Magazine, the Cataloochee Valley is home to three Eastern Hemlocks that stand more than 170 feet in height. Below is a photo of two very large trees we found on the Boogerman Trail. Although the picture doesn't quite do it justice, the tree on the left requires at least two adult males to stretch their arms in order to reach completely around it: 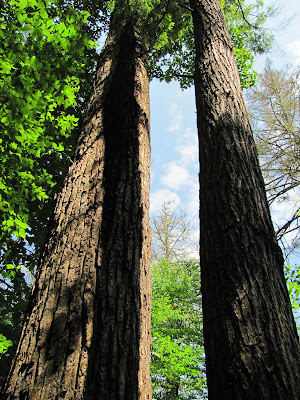 If you hit the trail in Cataloochee you'll find even more history. We "discovered" these very impressive stone walls on the old Carson Messer homestead, located on the Boogerman Trail just east of the (second) Caldwell Fork Trail junction: 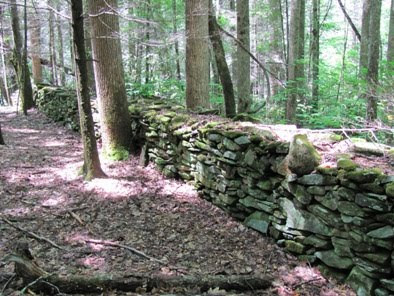 Cataloochee is perhaps most famous for the elk that now roam the valley after being reintroduced to the Park in 2001. A great time of year to visit is in the fall during the rut season when mature bulls bellow out loud calls, also known as bugling, that can be heard for miles.

We were only able to spend a few hours in the valley on this latest visit, however, I hope to return soon and spend a lot more time exploring the area in more depth.

I've never made it over to the eastern edge of the park before, but those are some gorgeous pictures you posted, love those grassy fields. Can't wait to see how beautiful it looks in the Fall and with the elk bugling, visiting the valley will be an awe inspiring experience.

I have only made it to Cataloochee during the winter to go skiing. Definitely will have to plan a trip this fall for some hiking.