The elk mating season, better known as "the rut", has arrived in the Great Smoky Mountains, which means that the best time to view elk in the park is between now and the next couple of weeks (usually from September to early October).

In 2001 and 2002, 52 elk were reintroduced as part of an experiment to determine whether they could re-populate the lands within the Smokies after a nearly 200-year absence. These original elk populations were transfers from the Land Between the Lakes National Recreation Area along the Tennessee-Kentucky border. 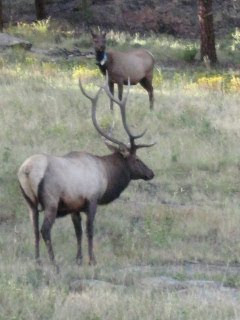 Since then, the elk population in the park has grown to an estimated 125 animals.

The best places to see elk in the Smokies during the rut are in the Cataloochee Valley and near the Oconaluftee Visitor Center. The best times for viewing are early in the morning and just before sunset.

The elk rut is characterized by the loud bugling noise made by adult males. The typical bugle call of a bull elk is a distinctive sound that begins deep and resonant, and becomes a high pitched squeal before ending in a succession of grunts. Elk males use a combination of bugling and aggressive behavior in an attempt to establish dominance over other males in order to attract females. Their calls can be heard from more than a mile away.

With hormones raging during this time period, gigantic battles among competing males are common. Large bulls use their antlers to intimidate and spar with other males. Most encounters are ritualistic and involve little physical contact; only occasionally do conflicts result in serious injuries to one or more combatants.

If you plan on viewing this incredible spectacle, be sure to bring binoculars. Also, stay a safe distance away from all elk. Males are extremely aggressive and unpredictable.

To get an idea of what the typical behavior of elk is during the rut season, including the distinctive bugle call, check out the video from the Great Smoky Mountains Association: 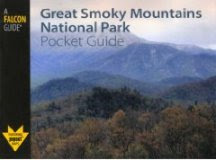 Jeff
HikingintheSmokys.com
Posted by The Smoky Mountain Hiker at 7:10 AM

Awesome Jeff. I've got to hear that "bugle call" in person. Good thing I have plans to go through Cataloochee in the next couple weeks.