Park Roads and Trails Closed Due to Flood Damage

The gravel roads in Greenbrier, Cataloochee, and Parson's Branch were washed out exposing underlying rock and culverts. Park crews are assessing the damage and estimate that repairs will be completed by the end of March. In addition to replacing culverts, roads will need to be graveled and re-graded. 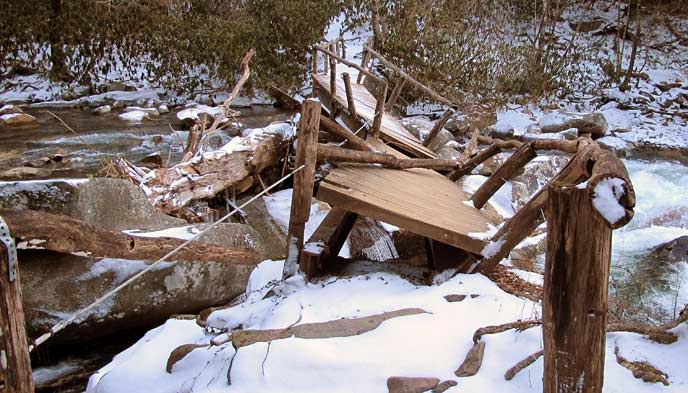 High waters also destroyed the pedestrian bridge across Walker Camp Prong along the popular Chimney Tops Trail. The 70-foot long pedestrian bridge, originally built in the late 1950s, will have to be entirely replaced to allow trail access. Trail crews are assessing bridge replacement options and do not yet have a date estimate for completion.

Currently, the following backcountry areas are closed due to storm damage:

For more information about road closures, please visit the Roads and Facilities Closures page or call the park's Road and Weather Information Line at 865-436-1200.


Jeff
Hiking in the Smokies
Posted by The Smoky Mountain Hiker at 6:29 PM