6 Must-See Birds of the Smoky Mountains

The following is a guest blog by Ernie Allison:

As a lifelong bird watcher, there are many places I would recommend to a novice who wants to see more spectacular and exotic breeds. But if I were to point out a place that every American bird watcher should pilgrimage to, I’d point them to a place just in their backyards (figuratively speaking, of course): it would be the Smokies. The incredible range of elevation in the area attracts cold natured birds in the barren peaks, and birds who seek warmth can find comfort in the lush lowlands. These mountains have an unheard of diversity of birds, ranging from the common − yet marvelous nonetheless − to rarer endangered species. Here are just a few memorable breeds to watch for the next time you and your family are hiking in one of America’s greatest gift to bird watchers, the Great Smoky Mountains. 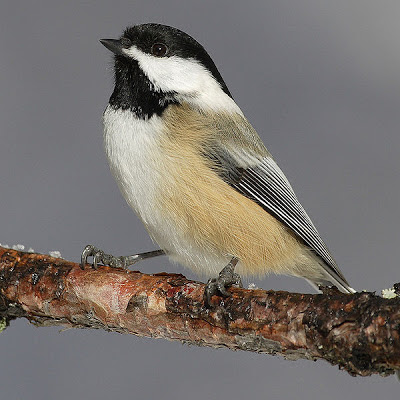 This songbird is an adaptable and fearless type, and can be found in both warm and colder climes. That being said, they’re a year round resident of the Smokies. They’re quicker than most to learn where to find food, which is why they often linger around bird feeders. They are even bold enough to eat right out of your hand, and feeding birds is always an unforgettable experience for birdwatchers. 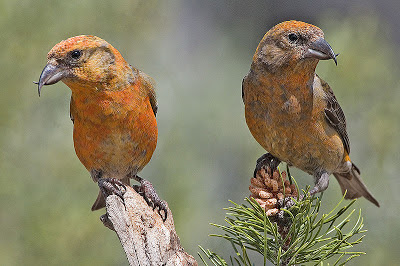 As their name suggests, the Red Crossbill have a bill that crosses over at the end. This isn’t a deformity, but a clever trait with which they can pull seeds out of fruit or cones. And despite their name, they can come in a variety of striking colors; males tend to be burned orange or red and females are usually green or yellow. These birds are also year-round, typically only migrating during particularly severe cold seasons or food shortages. Keep an eye at nearby Douglas firs to find these distinctive birds. 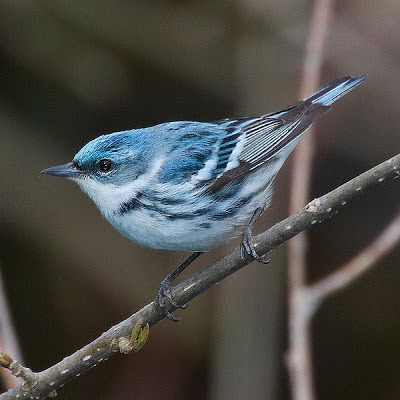 This tiny songbird is one of the most visually striking that can be found in the Smokies. Their vibrant blue colors can vary between a teal and a gray, but they’re unmistakable upon sight. They have pale blue breasts and are covered with black stripes. They favor warmer zones, and will migrate elsewhere during colder seasons. And unfortunately, they’ve recently become endangered; they are the fastest vanishing migrant neotropical songbird. 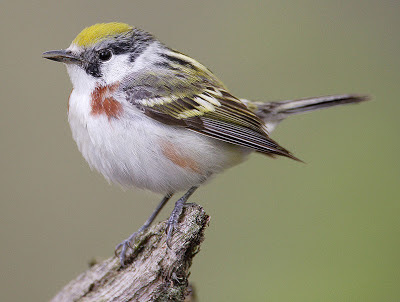 Unlike their cerulean cousin, the Chestnut-sided Warbler is a very common specimen to the Smokies during spring and summer. While they do have vibrant yellow crowns and the namesake muddy stripes below their wings, the easiest way to find one is to listen. Their distinctive call famously sounds like: “Pleased, pleased, pleased to meet ya!” 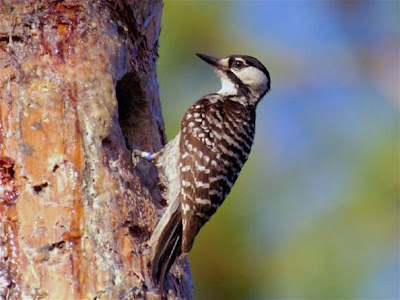 This woodpecker is the most endangered bird in all of the Smokies, and has actually become extinct in many states it formerly dwelled. This decline was so alarming that conservation efforts were made even before the Endangered Species Act came in the 70s. Fortunately, a good number of the few that remain have made the Smokies their home. They’re largely black and gray, though if you manage to look very closely, you’ll sometimes be able to find that a small red streak surrounds their black caps, which is how their name came to be. 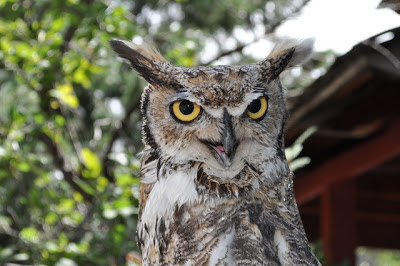 Instantly recognizable and always extraordinary, the Great Horned Owl is perhaps one of the most iconic birds of the Smokies. Their “horns” (which are truly large pointed feathers) and piercing yellow eyes lend towards the notion that they’re a species with an intense expression. They’re one of the heaviest varieties of owls in the United States, only second to the ever popular Snowy Owl. And given that they’re another adaptable variety, they’re permanent residents of the Great Smokies. And that’s good news for tourists who want to behold one of these incredible birds.

Ernie Allison is a part-time writer of nature and a full-time grandfather who has been birdwatching for decades. When he isn’t admiring birds, he enjoys spending time with his grandchildren, camping, and fishing.

Great Read!,
it truly is amazing to see these birds out on the trail
My Favorite is the Great Horned Owl

Thanks! Great Horned Owls are beautiful creatures! I don't think I could ever pick a favorite though.