Participation in outdoor recreation reached a six-year high in 2012 with nearly 50% of Americans ages six and older taking part in at least one of the 43 outdoor activities included in the latest Outdoor Recreation Participation Report. This percentage equates to 141.9 million American outdoor participants, reflecting an increase of nearly a million people compared to 2011. In addition, outdoor participants were more active in 2012 than in past years, taking an average of 87.4 outdoor outings per participant for a total 12.4 billion outings. Overall, more Americans participated in outdoor recreation in 2012 than in any year since The Outdoor Foundation began measuring participation six years ago, perhaps signaling a move toward healthier, more active lifestyles. 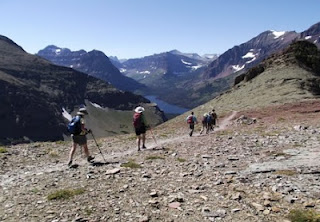 These findings are part of The Outdoor Foundation's 2013 Outdoor Recreation Participation Topline Report, the leading report tracking American participation trends in outdoor recreation with a focus on youth, young adults, diversity and the future of the outdoors.

Participation rates by age remained consistent in most categories from 2011 to 2012 — a testament to the resilience of outdoor participation in uncertain economic times. Participation rates among younger generations remained steady yet are still significantly lower than they were in 2006. Young participants are also less diverse than the nation’s population as a whole. In 2012, 71 percent of youth and young adult participants were non-Hispanic Caucasian – which is not reflective of the nations increasingly diverse population.

When averaging the year-to-year changes in participation for specific outdoor activities over the past three years, multisport activities, such as triathlons and adventure racing, have experienced the largest average annual increases in participation. Activities such as downhill skiing, cross-country skiing, camping, RV camping, and rafting have all experienced the largest average annual decreases.

Here are a few stats of interest:

* After showing a sharp decline in 2011 versus the prior year, backpacking made a strong return in 2012. The report shows a 23.6% increase in the number of people participating in the outdoor pursuit. The 2012 numbers were also the highest level of participation in the 7-year history of the study.

In 2012, the top 5 most popular outdoor activities for adults (ages 25+), based on participation rates were:

The top 5 favorite outdoor activities for adults (ages 25+), based on frequency of activity were:

The report is based on an online survey of more than 42,000 Americans ages six and older and covers over 40 different activities, making it the largest survey of its kind. To download a complete copy of the 2013 Outdoor Recreation Topline Participation Report, visit The Outdoor Foundation website.