Park Superintendent Jim Northup announced today that portions of the Skyline Drive, the famed mountain road through Shenandoah National Park, will be closed at night during hunting season. He noted that this is the thirty-third year that this closure has been undertaken and stressed its importance in reducing illegal hunting activity within the park during the Commonwealth of Virginia hunting season outside the park. 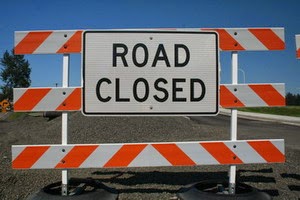 Superintendent Northup said, “Closing portions of the Skyline Drive enables rangers to concentrate patrols on problem areas and to increase contacts along the park boundary.”

Superintendent Northup also reminded the public that the park has a reward program to assist in combating illegal hunting in the park. "A reward will be paid to anyone who furnishes information which leads to the conviction of any person who hunts, transports, or attempts to transport illegally taken wildlife within the park," said Northup. Anyone with information about such activities should call the park (toll free 1-800-732-0911; or 540-999-2227). The identity of persons furnishing information will be kept strictly confidential, and a person does not have to reveal his or her name.


Jeff
Hiking in the Smokies
Posted by The Smoky Mountain Hiker at 1:54 PM