Cheaper hiking boots could be coming to an outdoor retailer near you in the future! Members of Congress are apparently working on a piece of legislation, known as the Affordable Footwear Act, that could significantly lower the cost of hiking boots and other outdoor footwear. 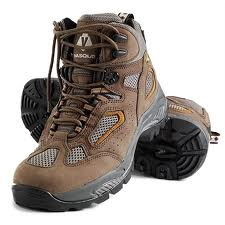 The Outdoor Industry Association (OIA) is working closely with its members to ensure that none of the products covered by the bill are produced in the U.S. Additionally, the limited duration of the bill will allow Congress to remove any products that may be made in the U.S. in the future.

Rep. Lynn Jenkins (R-KS) introduced the House version of the bill – HR 1708 – last spring. It currently has a bi-partisan group of 48 co-sponsors.

“This common sense piece of legislation will benefit consumers and businesses,” said Kirk Bailey, vice president of government affairs of Outdoor Industry Association. “By eliminating disproportionally high tariffs, this bill will fuel innovation in the outdoor domestic shoe industry and help create new jobs in the U.S. By lowering costs for consumers, the Affordable Footwear Act of 2013 will make outdoor recreation and outdoor products more affordable for more Americans.”

OIA is asking its members to urge their Senators to become co-sponsors on the bill.


Jeff
Hiking in the Smokies
Posted by The Smoky Mountain Hiker at 10:59 AM