A homicide investigation by Special Agents with the Investigative Services Branch (ISB), the Federal Bureau of Investigation (FBI), and the Cherokee Indian Police Department has concluded with a strong sentence handed down by a federal judge.

Forrest Dakota Hill, age 23, must serve 200 months in federal prison for the March 2015 murder of a man on federal land. He must also serve five years of supervised release upon completion of his prison term. 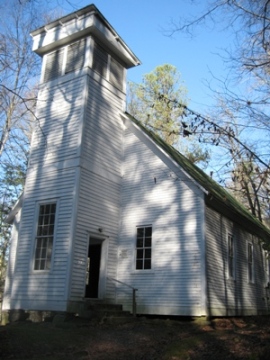 Court documents show that on March 29, 2015, a 911 call alerted officers to a stabbing that had taken place inside Oconaluftee (Smokemont) Baptist Church inside Great Smoky Mountains National Park. Paramedics found the deceased victim with multiple stab wounds. Records also show that Hill, the victim and another individual drove to the church together, and over the course of their visit, Hill stabbed the victim with a knife during an unprovoked attack, causing the victim’s death. Following the fatal stabbing, Hill and his companion left the church and returned to Harrah’s Cherokee Casino where they picked up another person and then departed for a local hotel.

Investigators determined that the victim was stabbed at least 16 times in the chest, back, neck and elsewhere. Court records list the cause of death as “internal hemorrhage due to multiple stab wounds.”

“It takes a depraved person to kill another human being, but an evil one to carry out the murder inside a religious institution founded upon the belief in the sanctity of human life,” said U.S. Attorney Jill Rose. “While we can never replace their loved one, we hope that Hill’s lengthy prison term will bring closure to the victim’s family and friends.”

Chief Ranger Steven Kloster of Great Smoky Mountains National Park also attended the sentencing hearing. “The National Park Service appreciates the coordination and cooperation of all involved agencies to bring this case to a successful prosecution,” he said.

Hill pleaded guilty to a second degree murder charge in April 2016. He is currently in federal custody and will be transferred to the custody of the Federal Bureau of Prisons upon designation of a federal facility. All federal sentences are served without the possibility of parole.