Late last week Tennessee Gov. Bill Haslam applauded the award of a $10 million federal Transportation Investment Generating Economic Recovery (TIGER) grant to the Tennessee Department of Transportation to complete construction of the last 16-mile stretch of the Foothills Parkway. The state will contribute an additional $15 million in funds toward the $35 million total project cost, with the National Park Service contributing the remaining $10 million. Once finished, the Foothills Parkway will provide a continuous 33 mile connection to the Great Smoky Mountains National Park. 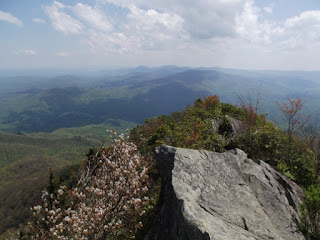 “Over these past 70 years, the National Park Service, Federal Highway Administration, and the State of Tennessee have worked together to construct this valuable asset which has served to enrich tourism, economic, and development in communities throughout East Tennessee,” Haslam said. “Tennessee is once again proud to be working with the National Park Service in the completion of the Foothills Parkway.”

The Foothills Parkway was constructed in sections beginning in 1960. Due to funding limitations and environmental challenges, a 16 mile stretch was never completed. Work to construct several bridges along this section began in the late 1990s. Final pavement and safety feature design work began in 2013 and is now ready for construction. The last project will include paving, and the installation of roadside barrier and other safety features.

“Great Smoky Mountains National Park appreciates the work and support of both the Governor’s Office and Tennessee Department of Transportation in securing funds needed to complete the construction work on the unfinished 16 miles of the Foothills Parkway,” said park Superintendent Cassius Cash. “We are excited this park project will contribute to the economic growth of Blount and Sevier Counties by expanding on the regional transportation system already developed in East Tennessee. We are thrilled to soon be able to share the parkway’s spectacular mountain vistas with the millions of visitors who travel to our region each year.”

The extended parkway will provide a link for public and privately owned tourism amenities and surrounding communities, as well as to new and existing destinations along the parkway itself.

“Completing this section of the Foothills Parkway will move forward one of the most critical tourism projects in East Tennessee,” TDOT Commissioner John Schroer added. “It would not have been possible without the strong and committed partnership between the state and the National Park Service.

Construction on the final stretch of the Foothills Parkway is likely to begin in early 2017, and is expected to take 12-18 months to complete.