The Justin P. Wilson Cumberland Trail State Park announced yesterday that it has been awarded an AmeriCorps National Civilian Community Corps (NCCC) team to assist with trail construction in Campbell County. The seven-person Delta 4 Unit will work throughout the month of June alongside Tennessee State Parks work crews and community volunteers to extend the Cumberland Trail further toward Cumberland Gap. Project partners include the City of LaFollette and Jacksboro United Methodist Church. 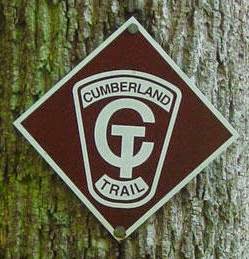 The Cumberland Trail State Scenic Trail is a backcountry hiking trail. It will extend, when complete, from a northern terminus at Cumberland Gap National Historical Park through 11 Tennessee counties and over more than 300 miles of scenic and historic terrain along the Cumberland Plateau before reaching its southern terminus at Signal Point in Signal Mountain. The Cumberland Trail connects 330,000 acres of some of the most biologically-rich, biodiverse and spectacular lands under public stewardship, including five State Natural Areas. Over 190 miles of trail are open for public enjoyment.

AmeriCorps NCCC works to address the needs of local communities across the nation through team-based service projects. Project areas include disaster relief, environmental stewardship, energy conservation, infrastructure improvement, and urban and rural development. NCCC teams are comprised of young men and women who commit to performing 1,700 hours of service within a 10 month residential service term. Team members also perform individual service projects outside the scope of the team project to benefit the communities in which they are deployed.