Earlier in the week I received an email from Nathan Stoll, a hiker and budding film maker. He asked me to take a look at a series of videos he's publishing to Youtube that document his hike across the Colorado Trail - a nearly 500-mile trail that stretches from Denver to Durango: 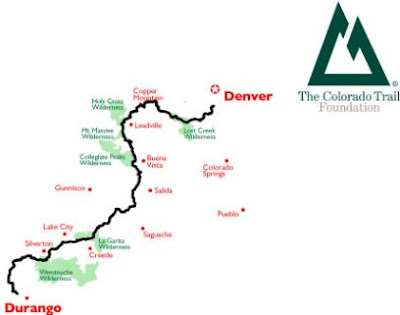 Nathan hiked the trail with his friend, Jon, in 2010. He's already released the first 6 episodes, and plans to release the final 6-8 episodes next fall. His ultimate goal is to combine all of the short segments into one film that he hopes will be picked up by an outdoor film festival at some point.

For a taste of the series, here's episode 4:

You can watch the other episodes by visiting his Youtube page.

Jeff
HikingintheSmokys.com
Posted by The Smoky Mountain Hiker at 7:18 AM

This looks like a really cool documentary. Any news on how the release is coming? I'm trying to plan some hiking trips with my fellow outdoor footwear fanatic friends next year and the Colorado Trail is on our list...This documentary would be a fun part of our trip. :)