Return to the Red

It’s been awhile since I’ve done any real hiking. My wife - and hiking partner - suffered a stress fracture in her foot back in December, and she’s just now getting back to 100% and feeling confident enough to go hiking again.

Over the weekend we decided we were going to head over to Red River Gorge in the Daniel Boone National Forest – a place where both of us discovered our love for hiking way back in the 20th Century – and many years before we ever meet. Although both of us have hiked in the Gorge on many occasions, it’s been several years since our last visit.

There are a lot of great destinations in Red River Gorge, but Auxier Ridge has always been a favorite of mine. On this visit we decided we were going to hike the loop that follows the Auxier Ridge Trail #204 and the Courthouse Rock Trail #202.

I was particularly interested in seeing what kind of devastation was wrought on the Auxier Ridge area after a wildfire burned 1640 acres back in late October of last year. The fire was illegally set during a declared fire ban after a summer-long drought – the result of a campfire that got away from three campers during the middle of the night. The area was reopened in March after being closed for five months while Forest Service crews made trail repairs and removed fire-damaged trees along roads and trails that were unstable and dangerous.

Based on all the reports I read about the fire I was expecting to see an area that looked something like Yellowstone after the infamous 1988 fire. However, I was quite surprised to see how little damage actually occurred along the trail, or within any part of the viewshed. Yes, there were a handful of burned out portions along the trail, such as in the photo below, but most were very small areas. 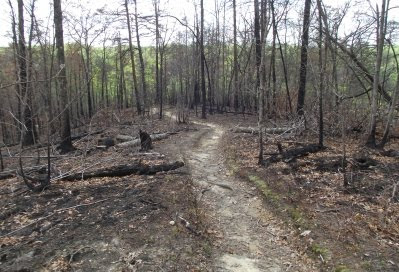 During our hike we saw many varieties of wildflowers, including several yellow and pink lady’s slippers: 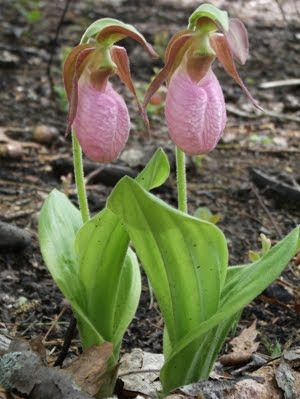 The highlights of the loop arrive while walking along Auxier Ridge, which offers multiple vantage points for viewing several interesting rock formations. The southern end of the ridge provides a commanding view of Courthouse Rock (on the left in the photo below): 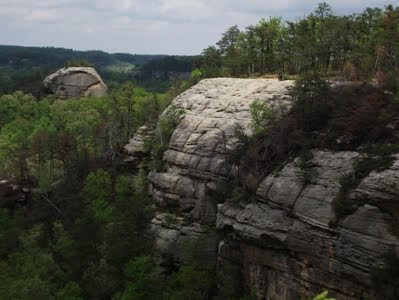 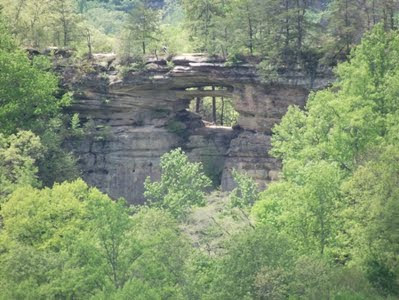 The southern half of the ridge also provides outstanding views of Haystack Rock (on the right in the photo below): 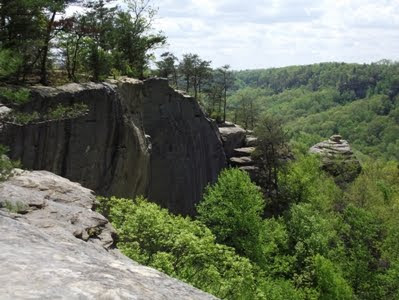 Coincidentally, about a week prior to our hike, I was contacted by a member of the Bluegrass Group of the Sierra Club asking if I could link to a book they recently published called Hiking the Red: A Complete Trail Guide to Kentucky's Red River Gorge. 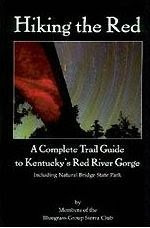 If you’re interested in exploring this National Geological Area in central Kentucky, the book provides detailed descriptions for 26 trails in Red River Gorge, and 9 trails at nearby Natural Bridge State Park. The book includes a short history of the Gorge, information on the flora and fauna of the area, as well as handy bird and wildflower checklists. Proceeds from sales of the book will benefit the conservation efforts of the Sierra Club, Bluegrass Group.

Jeff
HikingintheSmokys.com
Posted by The Smoky Mountain Hiker at 8:23 AM

Good to see you getting out and hiking...I was thinking it had been awhile since I saw a trip report from you. Looks like a great trip. Interesting rock formations. Wish I could go.

MLO - RRG is quite an interesting place. It has over 100 natural arches, which is the greatest concentration of arches east of the Rocky Mountains.