4 hike AT to raise funds for African hospital

On March 2nd James Gower, Christopher Danger Mendrala, Erik Christiansen, and Mike Healy left the trailhead at Springer Mountain, Ga. in their quest to hike the entire length of the Appalachian Trail. Although reaching Mt. Katahdin in Maine was their ultimate destination, it wasn't their only goal. 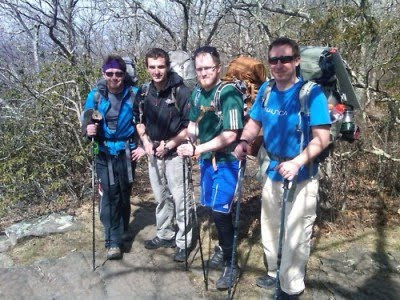 The four are also hiking the 2180-mile trail in order to raise money for the Mufindi Highlands Orphans Project, a small charitable effort in rural Tanzania that helps orphans, vulnerable children, and individuals living with HIV/AIDS and their families. In particular, the four hikers hope to raise $25,000 for the construction of the Mdabulo General Hospital in Mufindi, Tanzania.

The Mufindi Highlands Orphans Project has already built a school, six dormitories and an AIDS testing clinic for the people of Mufindi - all critical pieces of infrastructure that did not exist five years ago. However, the next step is to build a full service hospital for this region in which one in five people are infected with AIDS.

To date, with roughly 600 miles under their belt, the four hikers have raised almost $9000. If you would like to follow along on their odyssey, find more information on regarding their fund raising goals, or to just donate, please click here.


Jeff
HikingintheSmokys.com
Posted by The Smoky Mountain Hiker at 7:14 AM