This is the third in a weekly series by guest blogger, Michael Lowe, leading up to his Étape Du Tour ride on July 11th:

The l’Etape ride is only 67 miles and arguably one could train at that distance or even a little less and then do the ride. I believe, however, that it helps to train at a further distance, prove I can do it, and then tackle the shorter distance with more speed than I might otherwise have attempted. It’s all about the mental aspect. “It’s only 67 miles. You’ve done much more.”

With that in mind, I tackled my first century (100 mile ride) on May 28. A local ride, it started just north of Louisville at the entrance to the Clark State Forest near Henryville, IN. My goal, since I expected the ride to be mostly flat or rolling, was to average 16 mph or better. The first 50 went just fine. In fact, I ripped off the first 15 at about 20 mph. From there, as the day heated up, and the fact that I had not slept much the previous two nights started to catch up to me. By mile 80 I was toast. But just like a hike on a loop trail, there’s only one way back to your car … you gotta ride. At the finish I clocked out at 6 hours and within my 16 mph goal. Not the best century, but it did remind me of the importance of sleep, good food on the ride, and the need to KEEP TRAINING!

Ergo – three weeks later – the Cherohala Challenge. 113 miles, 7200 feet of climbing, several steep two and three mile climbs and one long climb of 12 miles at an average grade of 5.5% (but with several much steeper ramps. Not quite l’Etape, but as close to it as is available in the Appalachians. In fact, the Challenge starts in Tellico Plains, just below the Smokey Mountains, at the western terminus of the Cherohala Skyway. It heads north towards the Smokey’s, then cuts east on 129. It does the complete “Tail of the Dragon” (motorcycle heaven) and then climbs up the eastern side of the Skyway, topping out at 5,341 feet, before dropping the 32 miles back to Tellico Plains. If you’re visiting the Smokey’s, it’s a nice ride just to the south of the park. 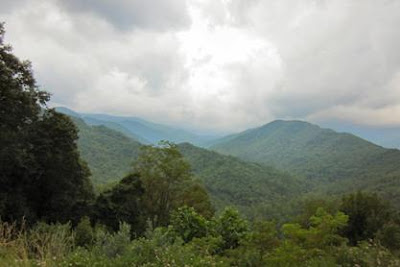 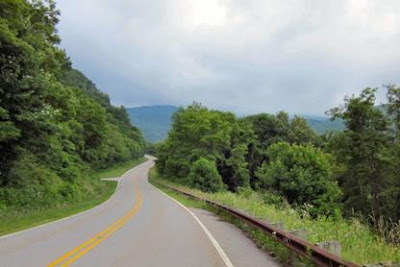 So, how did it go? Well, it was certainly a “challenge”. The day started out bright and beautiful and cool. It stayed that way until about 1 pm, when a thunderstorm appeared over the Skyway, just as I reached mile 65 and started up the climb. Rain, thunder, lightning – and some ramps that were 8 – 10% in grade. As all you hikers can appreciate, it takes a long time to go 8 miles at 5 miles per hour. At the very top (5,390 feet) it was foggy, windy and wet. Standing around made me cold. So I started down with a sheet of cardboard under my jersey to reduce the wind chill. Brrrr. But I made it, notwithstanding two more bursts of rain. 113 miles in 8 hours. Proving I was ready – which was the whole point! 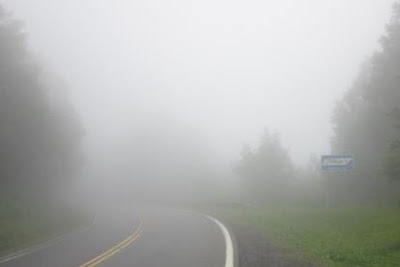 Michael Lowe splits his time between Louisville, KY (his home) and Bristol, VA (his workplace). He's an avid cyclist, and also enjoys writing, photography, gardening, travel and hiking. He's hiked portions of the AT inside GSMNP, but completing a thru hike of the entire AT remains on his bucket list. His notes on l'Etape were written as a friend in support of this site, and we'd like to say thanks by pointing out that if you're a fan of adventure fantasy, we recommend Michael's books Wizardmont and Bryunzet

, the first two parts of his Promise of the Stones series. If you're a fan of history, check out Charlotte's Story, the true story of how Michael's mother survived as a young girl in Berlin, Germany between 1943 and 1951.


Jeff
HikingintheSmokys.com
Posted by The Smoky Mountain Hiker at 7:27 AM