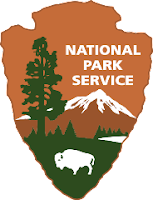 As reported earlier in the year, the National Parks Second Century Commission held it's final meeting in the Great Smoky Mountains this past June. That meeting concluded a year-long series of meetings to examine the role of national parks and to develop a vision for their future.

Earlier this afternoon, the Commission released it final report to the president and Congress that included a list of recommendations.

From a high level overview, those recommendations include:

> First, the Commission recommends expansion of the National Park Idea by enhancing educational opportunities within the park system and community conservation and local partnerships to preserve our national heritage. Specifically, the Commission called for an expansion of the National Park Service’s mission, making education an explicit part of the mission for the first time. The report also recommends expanding the park system itself to protect segments of all of America’s ecological and cultural treasures and to represent the diversity of our changing nation.

> The Commission also called for a sweeping revitalization of the National Park Service, including strengthening the management, research, and community assistance capacity of the agency, along with significant steps for the Park Service to become a more innovative, diverse, and responsive organization prepared for the expanded vision of the system.

> The Commission recommended actions to preserve America’s natural and cultural resources by strengthening the Park Service’s capacity to preserve park resources through expansion of its ability to prevent other federal agency actions that would adversely impact parks. The report also identifies enhancements to Park Service authorities, budgets, and programs that provide the leverage to work cooperatively with local communities and stakeholders to preserve parks and surrounding landscapes.

> And, recognizing the importance of funding for the system, the Commission’s final report includes recommendations for Congress and the Administration to fully fund park needs through existing federal programs that benefit the Park Service, and offered proposals for enhanced permanent and sustainable funding from public and private sources. A key recommendation is the creation of a Presidentially-appointed commission to promote the importance of the parks and raise substantial private funds by the 2016 centennial of the Park Service.

You can read the full report with details on all of the Commission's recommendation's by clicking here (PDF file).