With temperatures hovering around freezing, this was by far the coldest morning yet. Our windshield had frost on it, while the upper elevations received some light snow the day and night before.

After passing a red fox walking along the road we reached the Lawn Lake trailhead. Hikers to Ypsilon Lake share the same path to Lawn Lake for the first 1.4 miles.

At just over a mile you’ll reach the Roaring River where you’ll witness the destruction from the Lawn Lake Flood. On July 15, 1982, a 26 foot high earthen dam failed, releasing 220 million gallons of water down the Roaring River valley which some witnesses said created a wall of water 25 to 30 feet high.

The dam was built in 1903 to enhance the natural lake from 16.4 acres to 48 surface acres so that it could be used to irrigate crops in the Loveland area.

After killing three campers, the water rushed down Elkhorn Avenue in Estes Park before stopping at Lake Estes. In all, damages to the area totaled roughly $31 million.

Sections of the Roaring River’s high gully walls are still unstable and prone to sudden collapse. 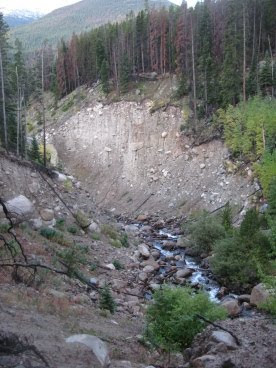 Here’s a view from the road below (known as the Alluvial Fan): 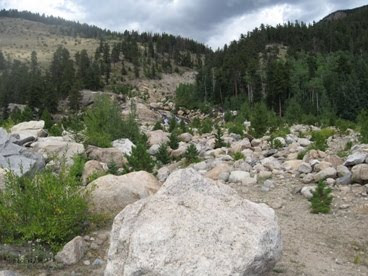 From the beginning, this hike is a steady climb for most of the way as it takes you through deep pine forest. During the first two miles or so you’ll catch sporadic views of Longs Peak and the mountains surrounding the Horseshoe Park area. 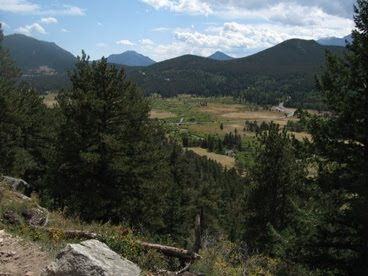 At just over 3.5 miles, the trail finally flattens out, peaking at roughly 10,760 feet. After descending a short distance you’ll reach a very beautiful pond known as Chipmunk Lake, which I found to be far more scenic than Ypsilon Lake. From the pond’s shore you’ll have outstanding views of Ypsilon Mountain, including the snow-filled Y-looking couloirs, from which the mountain derives its name. 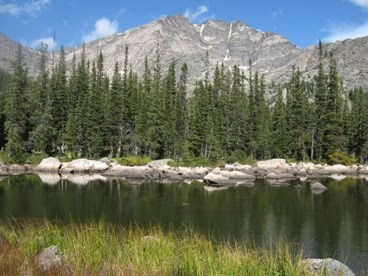 After passing the pond, the trail begins to drop again, including a fairly steep decline just before reaching the lake. At 4.5 miles you’ll reach the western shore of Ypsilon Lake. To get the best views of the surrounding mountains, take the social trail to the opposite side of the lake. 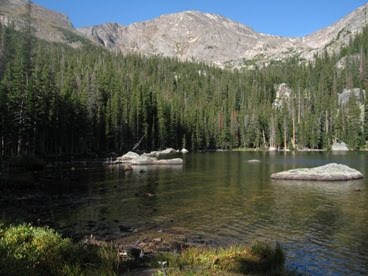 The lake sits at the base of Ypsilon and Chiquita Mountains in the heart of the Mummy Range, and is fed by a waterfall close to where the trail intersects with the lake. It’s a nice waterfall; however, the park service is trying to rest the area and apparently doesn’t want you to visit it at this point in time. Unfortunately I didn’t notice the sign until after we left. A couple had stopped to chat with us as we were arriving, which is probably why I missed it. 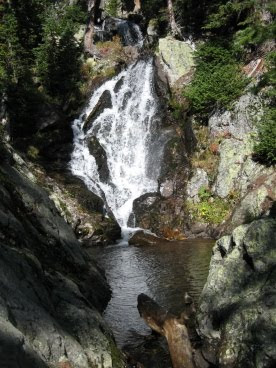 Posted by The Smoky Mountain Hiker at 8:35 AM