The five quarters are the first of 56 that will be issued between 2010 and 2021. They will include 48 National Park sites, two U.S. Fish and Wildlife sites, and six U.S. Forest Service sites. 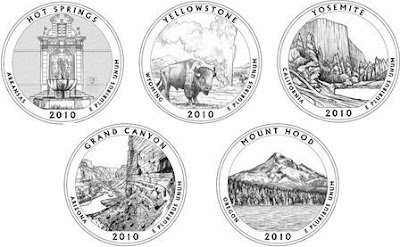 The coins will be issued sequentially in the order in which the featured location was first placed under the care of the federal government.

For more information about the America the Beautiful Quarters Program, please click here.