Last weekend I received an email from Peter Barr, author of Hiking North Carolina’s Lookout Towers, stating that he had recently completed his trek across the entire length of the Appalachian Trail.

Peter began his hike from Springer Mountain in Georgia on March 22nd: 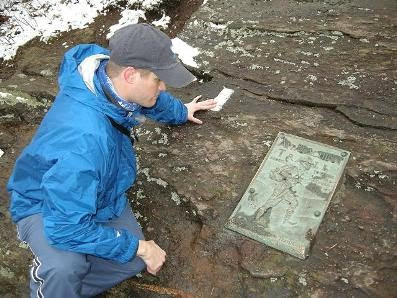 Along the way he averaged about 15 miles a day - excluding rest days. He saw 10 bears, one moose, one bobcat, and one skunk - inside his pack!

Most importantly, he raised $3,124 for the restoration of the Shuckstack lookout tower in the Great Smoky Mountains, surpassing his fundraising goal by nearly $1,000.

159 days later, on August 29, he reached Mt. Katahdin in Maine. As you can tell from the two pictures, he changed quite a bit. In addition to the beard, he lost 30 pounds along the trail. 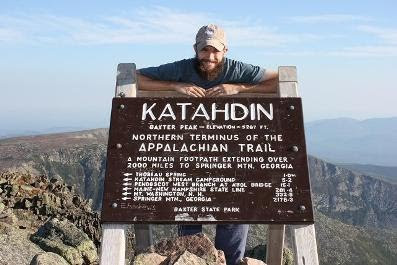 Peter will be posting journal entries and photos on his blog over the next few months.

He will also be the guest speaker at the Carolina Mountain Club's Annual Dinner on October 30th in Hendersonville, NC where he will be giving a slideshow presentation and talk about his hike.

Congrats to Peter on an awesome accomplishment!


Jeff
HikingintheSmokys.com
Posted by The Smoky Mountain Hiker at 6:56 AM