Winter forecasts for the Smokies

Two long range forecasts for this winter for the United States have been published in the last couple of days: one from AccuWeather.com, the other from the National Oceanic and Atmospheric Administration (NOAA).

Overall, both reports are very similar, but differ a little with respects to the Great Smoky Mountains region. They both expect a weather phenomenon known as La Nina to be the main player governing weather patterns this winter. La Nina occurs when sea surface temperatures across the equatorial central and eastern Pacific are below normal. This weather phenomenon can have a significant impact on weather patterns across North America for several months. This year appears to be no exception.

Both forecasts expect warmer temperatures for the southeast, including the Smoky Mountains region: 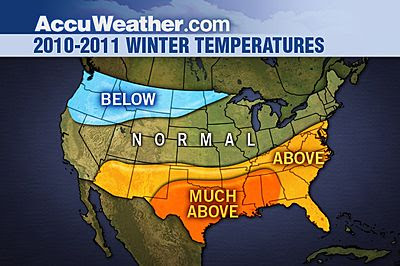 However, the two forecasters differ a little on how much precipitation the Smokies could receive this winter. While NOAA is predicting normal precipitation amounts: 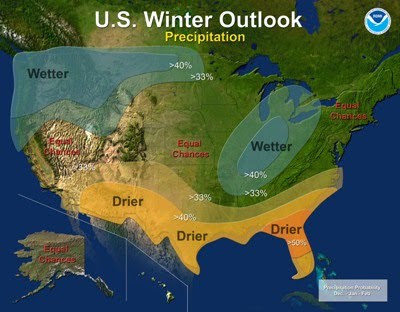 Joe Bastardi at AccuWeather.com is predicting that precipitation levels will be below normal this winter season: 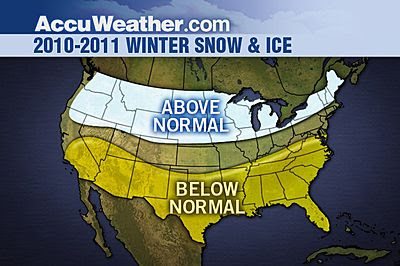 Bastardi also goes on to state that the overall dry weather pattern expected across the southern tier of the nation could lead the region into a "perilous period" similar to the 1950s and 1960s, which was drier than normal. Drought conditions and water shortages could become major problems from Southern California into the Deep South.

The Deep South is already in the midst of a severe drought, and a lack of precipitation this winter will only make matters worse. According to the Climate Prediction Center, it's likely that drought conditions could develop in the Smokies over the next three months - but not anywhere near the levels seen in the surrounding region:

Interestingly, and consequently, the highest incidents of forest fires in the Smokies occur during the months of February, March and April. Hopefully an unexpected wet weather pattern will develop at some point to give the southeast some much needed relief.


Jeff
HikingintheSmokys.com
Posted by The Smoky Mountain Hiker at 9:10 AM