Hikers and lovers of the Southern Appalachians may be pleased to learn of two brand new books. 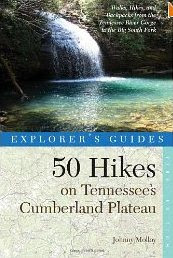 This new release details 50 hikes on the Cumberland Plateau, including the Big South Fork National River & Recreation Area near Kentucky, the fascinating Walls of Jericho astride the Alabama state line, the thousand-foot gorge cut by the Tennessee River near Chattanooga, Virgin Falls near Sparta, Great Stone Door, Cumberland Mountain State Park, and many other beautiful locations along the plateau.

The book also includes comprehensive maps for each hike, scenic photos, and a Hikes-at-a-Glance table that makes choosing your desired hike a breeze. 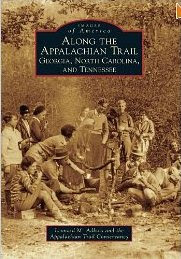 The second book, just released this past Monday, provides more than 200 vintage photographs Along the Appalachian Trail. This brand new release focuses on Georgia, North Carolina, and Tennessee, with photos that have been culled from the Appalachian Trail Conservancy, National Park Service, local trail maintaining clubs, state archives, and historical societies. They illustrate the sweat, toil, and dedication that went into building the trail over some of Eastern America's highest and most rugged terrain. Also chronicled are the people who lived along the trail's route, those who volunteered to physically build it or lobby for its creation, and the many relocations that have moved the pathway to optimal locations.


Jeff
HikingintheSmokys.com
Posted by The Smoky Mountain Hiker at 7:51 AM