In 2011, more Americans participated in outdoor recreation activities than in the past five years – perhaps signaling a move toward healthier, active lifestyles. More than 141 million Americans, or 49.4 percent of the U.S. population, participated in outdoor activities last year – reflecting an increase of three million people compared to 2010 and continuing a five-year trend. In addition, Americans made a total of 11.6 billion outdoor outings in 2011, which is 1.5 billion more than the previous year. Annually, participants averaged 82 outdoor outings – from hiking to biking, skiing to paddling. The findings are part of the 2012 Outdoor Recreation Participation Topline Report, the leading report tracking outdoor participation trends in United States published by The Outdoor Foundation.

The research shows increases in youth and young adult participation – continuing an encouraging, yet modest, trend over the last few years. The study found that outdoor participation increased by one-percentage in every age bracket, 6 to 12, 13 to 17 and 18 to 24 respectively. This accounted for more than four billion outdoor outings for the younger generation with an annual average of nearly 90 outdoor outings. While encouraging, these rates are significantly lower than those recorded in 2006. For example, 63 percent of youth ages 6 to 12 participated in outdoor recreation in 2011, compared to 78% in 2006.

The most popular activities among young people, in terms of overall participation, continued to be running, biking, camping (20.6%), fishing and hiking (12.9%). Skateboarding, triathlons and bird-watching were among their top five favorite activities as measured by frequency. 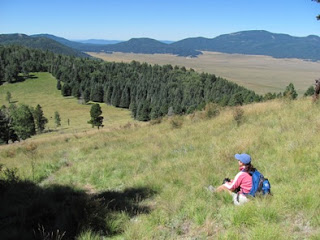 Interestingly, adults share a passion for similar recreational pursuits. The following are the participation rates for the top 5 outdoor activities among adults older than 25:

In terms of growth over the prior year, hiking ranked 10th among all outdoor activities, which reported a 6% increase over the prior year. Kayaking, which ranked 1st, jumped 27% over 2010. Another interesting statistic occurred in backpacking. The activity seemed to be going through a revival of sorts between 2008 and 2010, but dropped off sharply in 2011.

Published annually by The Outdoor Foundation with research support from the Department of Recreation, Park & Tourism Sciences at Texas A&M University, the 2012 Outdoor Recreation Participation Topline Report is derived from almost 40,000 online interviews conducted in January 2012/early February 2012. Respondents came from a nationwide sample of individuals and households from the U.S. Online Panel operated by Synovate. Over-sampling of ethnic groups took place to boost response from typically under-responding groups.


Jeff
HikingintheSmokys.com
Posted by The Smoky Mountain Hiker at 4:30 PM