Yesterday I received the Cub Report in my email box. This is the monthly E-newsletter from the Great Smoky Mountains Association. The report announced that a new species of tree was recently discovered in the park. Here’s their report: 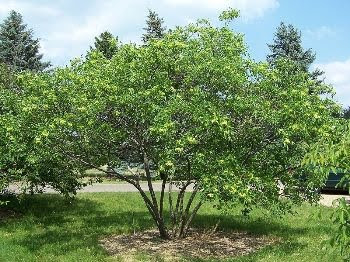 This small tree or shrub of the citrus family has a straight trunk, rarely grows taller than 20 feet, and is a host for Giant Swallowtails and Tiger Swallowtails.

It is found from Canada to Florida, but is nowhere abundant. The name is derived from the fact that its fruit was once believed to be a viable substitute for hops in beer making. The oddball arbor's other claim to fame is that its bark and flowers both have a foul smell.

Besides raising the tally on park biodiversity, it's also a welcome relief for park interpreters and scribes for whom stating "99 species of native trees live in the park," always seemed awkward and slightly inadequate.

The hop trees were discovered on property recently added to the park in a land swap involving TVA and other entities. They are located on the extreme west end near Calderwood Lake and Highway 129.